Here is Michel’s third ‘static holds only’ workout which covers Chest and Back. We also added a compound shoulder set in at the end. Shoulders are the hips of the upper body and their strength makes or breaks upper body exercise. To this end we add them to most upper body workouts.

This study has now covered a basic three-way split routine (Arms/Shoulders, Legs, Chest/Back) to help Michel get into the groove of static hold training. Next we will begin to mix it up and add in core and spinal work. This three-way split has also allowed us to discern what body parts and abilities to prioritize. 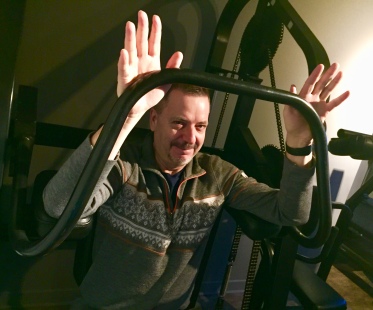 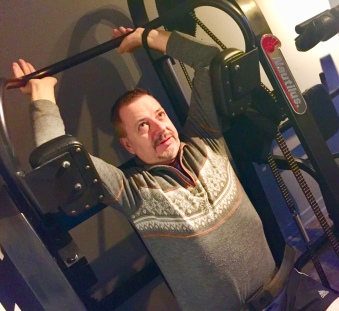 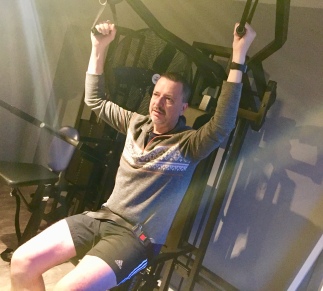 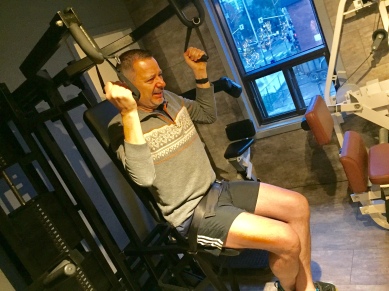 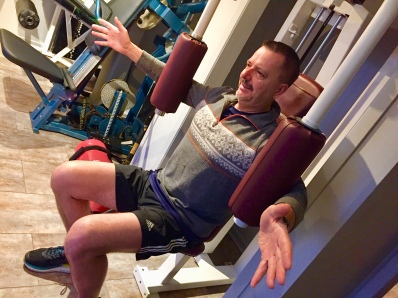 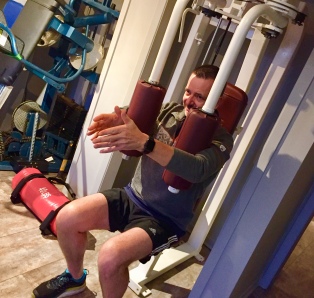 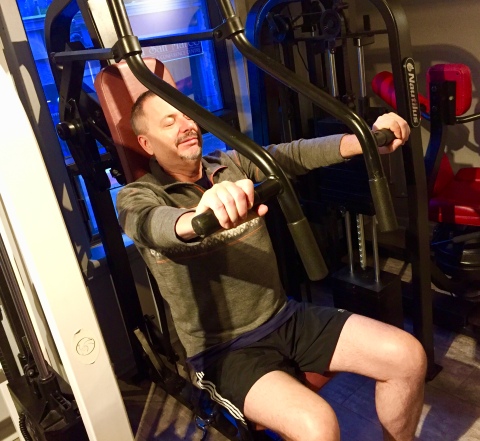 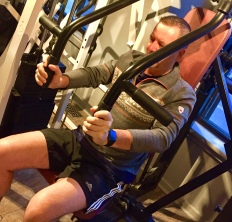 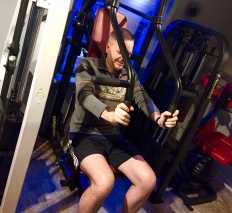 This workout we went freestyle varying hold and rest periods from 5 to 15 seconds. We did this because Michel has some difficulty maintaining posture with Chest and Back exercises (tendency to pronate shoulders). In the above set we finished by changing grips to help improve posture (from neutral to pronated/palms facing each other to palms facing floor). 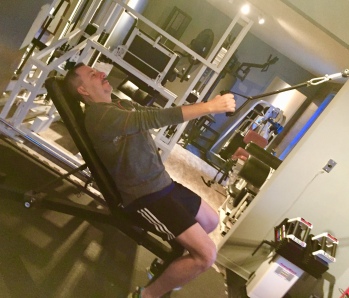 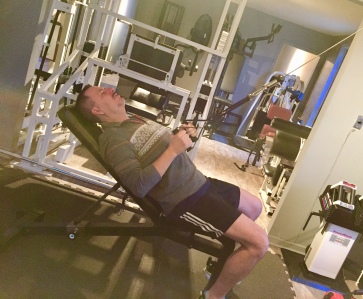 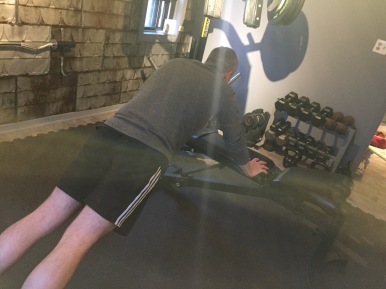 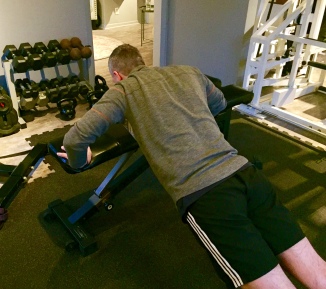 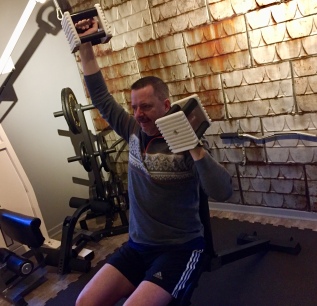 A big key to making static hold training work is to let the client remain fairly stable during the hold rather than trying too hard to balance. With the heavier loads possible with static training ( remember you are 20% stronger holding) we don’t want excessive shaking and cheating.

Michel is doing well and learning to breathe better, it can be a little odd at first to make a point of breathing freely while only holding weight. Usually we recommend breathing in on the down and out on the up (eccentric to positive) but with holds it is different. Now that Michel is squeezing his muscles harder and not holding his breath his body including cardiopulmonary system are working nearer peak efficiency.

Static hold workout number four will be what we call a ‘limb’ workout (arms and legs) all single joint exercise.